skip to main | skip to sidebar

I've never been one of those people who ever thought I would wear blush. I would turn fuschia when I got called on in law school classes, I have been asked by numerous spin teachers if I have a medical condition since I turn purple after 10 minutes on a bike, and I get sunburned by the light of the moon.

Well, let's just say that none of those looks are particularly attractive. So, in lieu of Mother Nature, I rely on that other goddess of the Earth, Sephora.

I have always stuck to powder blushes, namely NARS in Sin and Orgasm. 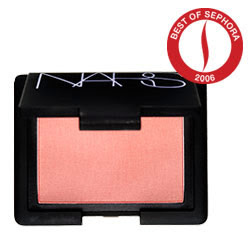 But lately, I have been drawn to alternative forms of blushing. I haven't discarded my beloved powders yet, but I'm certainly becoming a fan of something fast and dirty that I can apply with my fingers. Is that weird?

First up, I broke down after my Peter Som lip induced craze and bought the Lancome Magique Blushes in Pink Softness and Feminine Rose. The former is a hot pink, more suitable to going out on the town and deserves to be the center of attention on your face, but the latter is a pale pink with gold sparkles which plays well with others. The texture is kind of like chocolate mousse, it melts onto your fingers and can also be applied with a blush brush. However, sometimes it can be hard to control how much you pick up when you dip into the jar, leaving you open to drastic over-blushing. 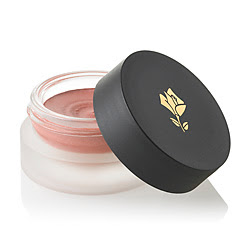 Second, I had picked up a tube of Delux Beauty's Flush Stick on sale when Sephora was phasing it out. I was worried I would have to tell you that it was no longer available, but it seems to be all good on their own website. Which is nice, because it's one of my favorites. I wear Fuschia, which isn't nearly as bright as it sounds. It goes on sheerly and gives me a nice natural flush. Not like I sprinted to catch a Metro or anything, more like a brisk walk in the tunnels between House Office Buildings. 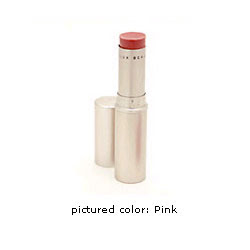 Third, the most recent option to enter my life is the DuWop Blush Therapy. It smells like aromatherapy and looks like a Push Pop. What's not to love? It comes in some great pretty shades and goes on lightly and blends easily. I've been using Elixir, which is an almost bricky red, which gives me a sunkissed look, but I've got my eye on Retreat, a soft berry color. 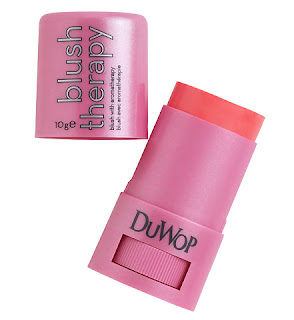 So...I hope I've inspired you to look beyond the compact and get all alterna on your blush's ass. I just wouldn't suggest walking around with your skirt tucked into your tights to acheive that oh-so-cute-aren't-I-embarrassed natural glow.

Posted by caphillbarbie at Wednesday, April 04, 2007

I just bought the origins pinch my cheeks gel yesterday in blackberry...I've been using the Dream Mousse in the plummy color through the winter which was pretyt nice